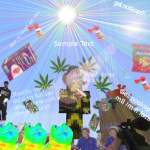 By SkrapssparkS,
July 22, 2020 in Minecraft General