When will tompreuss be admin?

Hello players, and welcome to the PvE Admin AMA!  To follow suit with C and S, this is a thread for any questions to me or the PvE admins about pretty much anything.   Please note that we reserve, a 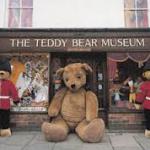 When will the next PvE admin be announced?   What have been your most positive aspects of P?   WHo is your best friend?