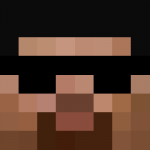 We did not just ban him out of the blue. We gave him many chances to stop, and he chose to ignore every one of them. He was only banned from mumble and in game after being banned from the forums for a 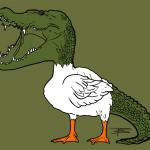 But again eehee, rolling over and playing dead is not what being a staff member is about. It's about eliminating trolls who cause disturbances in the community and allowing the community to enjoy all

Not many things make me laugh, but this was one of them. First off did you just state that us having a problem with Abuiv changing his birthday everyday is what caused him to break more rules? I mean